Helping you maintain your lifestyle and know what your financial choices are in retirement.

700,000 Kiwis are now over 65 years and more than half of them are living on the last of their savings - plus National Super.

If that description fits you - you are not alone. Don’t feel you have let the side down. As you can see, there are many - many others like you, and while the pension is adequate to survive on - it certainly does not provide for many treats!

How did that happen?

If you were not lucky enough to get a great kick start, perhaps a sizable legacy, you did what most others did at that time. Married quite young, took on a mortgage - hopefully a State Advances 3%er; raised the children and you had done well to pay off all your debts by the age of 65 - plus hopefully a wee nest egg.

Some may have been part of an “until death” Company Super scheme-the lucky ones!

Many of these schemes were cancelled in the 80’s and 90’s and participants received a lump sum payment - which was a double edged sword.

The Government was not much help either - they have kicked in now, but back in 1975 they scrapped the compulsory Super  scheme which would have given us all good pensions now.

So here we are at 65 plus and running out of funds before we run out of life - If this describes you give me a call or send me an email note from this site and I will be in touch for a cost-free chat discussing your options.

"For five years I struggled. I just thought that was my lot but Maurice changed all that - we found an option which works well for me – I am now financially independent again.
I should have done this before now.
Thank you Maurice"

Well, you could just live on the pension if that is all you have - with no financial backstop - stiffen up -go without - be as frugal as you can so that when you pass on your family will have more inheritance.

That's the way it used to be.

Or, you could sell the house if you have one – UP  TO  80 % OF OLDER KIWIS  OWN A HOME -and move in with one of your children.  Perhaps spend much of your time helping the family in various  ways.

But in a suprisingly short number of years attitudes to inheritance and living with family have changed dramatically.

Even in the most loving families I am now finding that option is very seldom a solution.

As we get older we now want our space - and our freedom – we want to be out doing stuff - enjoying life, travelling - eating out

And thank goodness in MOST cases attitudes of beneficiaries have changed as well.

“Its Mum and Dads money - they earned it - they should use it to enjoy life more ”.

Here is a list of the more common options to generate retirement funds:

I do not want to go into a lengthy discussion here on the advantages and disadvantages of each of these options because there are both. It will cost you nothing to find out what options are available, and which option is best for you.

While not a standard bearer for this product I do want to highlight this type of loan because I believe the product has been often unfairly criticized in recent years.

That is a shame because the perception and the reality are quite different.

Many thousands of reverse mortgages are currently held by Kiwis who are delighted with the financial independence this product can bring.

But like any financial service you need to know if it is right for you - you need good advice.

You often hear bad news stories from many quarters but if properly constructed the product can help pensioners into the THIRD AGE.

Ask enlightened children if they are happy to see Mum and Dad enjoying life to the full - or just existing on the pension - and you will be pleasantly surprised at the response.

Over $100 billion of real estate value - the biggest exchange of wealth NZ has ever seen - is about to change hands from one generation to the next largely over the next 10-15 years.

Some of that wealth in some way will be accessed by this current older generation before the remainder is Willed on.

Because just GOING WITHOUT like many of our parents did is just not cutting the mustard anymore with the Baby Boomers.

The most feared feature of Reverse Mortgage.

So let's put some context around that by giving you a typical use of the product.

If you borrowed a sum of money on a Reverse Mortgage and the interest rate was say 7.2% --[very high by todays offerings from the three current Suppliers but let’s leave it high for this example] - any amount you borrow will double in close to 10 years. Of course remember you pay no interest on that loan - it accrues and is repaid in full when the contract ends.

So, say you choose to borrow $50,000 and assuming it is ALL drawn down on day one - again unusual because customers usually draw just what they need from time-to-time.

That’s the difference between existing on the pension and having some extra cash to pay the rates; buy a new fridge or TV, being able to enjoy some small luxuries again, or draw larger amounts less frequently to, maybe, holiday.

An increasing number of people do. 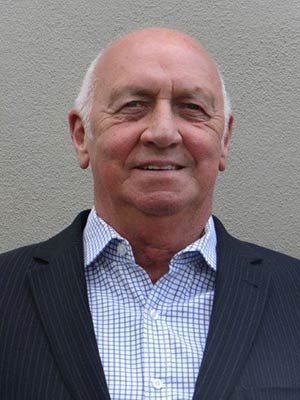 I spent the first 25 years of my working life with the Fletcher Challenge Corp. Initially in the rural sector with Wrightson NMA and latterly as General Manager American Express and Managing Director of Centurion Finance.

In 1990 I established my own business consultancy and have worked with a range of Companies in New Zealand and offshore.

I now specialise in providing support and financial options to retirees who may be wanting to do more with their retirement years - but struggle financially to do so. I have had meaningful meetings and telephone links with over 2000 people throughout NZ in the last few years discussing with them all the financial options that may be available in their particular case, and this advice has been given free of charge.

My "pro-bono" time is divided. For nearly 25 years I was a very active member of Business Mentors, helping an array of small businesses develop plans to succeed. I have scaled this back recently to concentrate on my current role as chair of the Moths and Butterflies Trust - with a special interest in Monarchs.

Disclosure statements will be provided if financial advice given.

SeniorNet
Website that gives Seniors an opportunity to learn more about new communication and information technology.